Are you getting tired of the usual holiday road trip or weekend getaway to the beach? If you’re looking for a different kind of adventure, here’s one: a year of sailing across America and Canada on a boat!

This is called the Great Loop, and it isn’t called great for nothing. One of the most difficult travel escapades, sailing the Great Loop is not for the fainthearted as you will be met with storms, towering waves, and bad weather.

However, every single second of the trip will be worth it, especially when you’re with the right company. Read on and discover how it’s like to sail the Great Loop, and you might just be inspired to embark on this amazing journey! 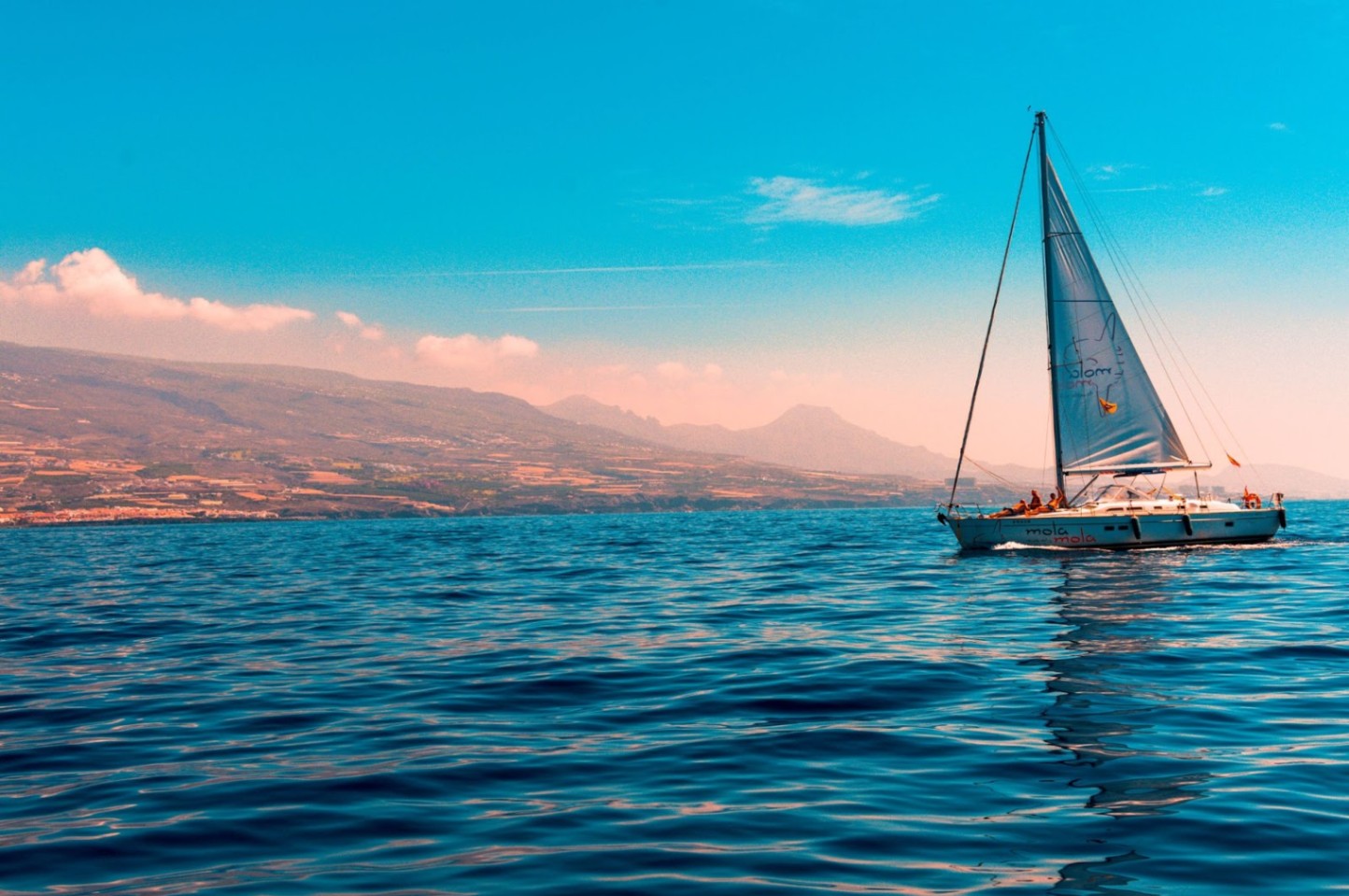 The Great Loop is a 6,000 mile network of waterways that pass through the eastern United States and Canada’s interconnected water passages.

This journey takes boaters from the Gulf and Atlantic Intracoastal Waterways to the Erie Canal, Great Lakes, Canadian Heritage Canals, and the Mississippi and Tennessee Rivers.

Often called American’s best-kept secret for sailors, it is also known to be the “last great adventure in America.”

Sailing the great loop has been a challenge that only a few have completed, ranging from 150-200 individuals per year.

Growing Interest In The Loop

Sailing this massive and incredible journey is predicted to be an alternative to Americans’ usual road trips, where they are met with heavy traffic, crowded campsites, and expensive gas.

While most of the people who complete the loop are mostly made up of retirees, families and middle-aged people are starting to join the fun.

Because more and more people are discovering they can work and learn from home, the idea of working remotely is not a far-fetched reality for these people and their families. Sailing the great loop can turn out to be one of the best family trips one can ever go onto.

The Pioneer Loopers Of The Great Loop

While the Great Loop was never really forged, announced, established, or constructed, it soon became one of the most coveted sailing routes, thanks to an eighteen-year-old boy named Ken Ransom and his three friends.

Ransom, who was raised on the shores of Lake Michigan, saw the potential for an adventure in America’s seemingly nautical maze and rallied three of his high school friends to join him aboard.

In 1898, Ransom and his crew started their journey aboard their homemade vessel, Gazelle, a 30-foot white-oak sailboat. They became the pioneer “loopers,” a name given to anyone who completes the loop.

Despite many setbacks and hurdles, such as getting lost in Sanibel Island’s mangrove forest and hiring horses to pull their sailboat up the Erie Canal, Ransom and his crew succeeded. Subsequent expeditions soon followed his victory.

The First Family Of Loopers

In 1906, the first family who attempted to complete the loop was Matthews and his wife, who brought along their three children in a 70-foot yacht.

Matthews, who was a boat-builder from Ohio, constructed the boat himself, which was engine-powered and therefore fared better during the expedition.

If you start your journey in Chicago, you will continue south in a counter-clockwise direction to take advantage of the river currents running into the Mississippi River.

While some may opt to stay on Mississippi all the way to the Gulf of Mexico, it is recommended to exit at the Tennessee River to avoid heavy traffic.

This will lead you to the Tennessee Tombigbee Waterway, a 234-mile passage built by the U.S. Army Corps of Engineers in 1984. The waterway was built to connect the Tennessee and Tombigbee rivers, making the trip significantly faster because of the shortcut.

Then, you can travel north of the Intracoastal Waterway to discover the Gray’s Reef National Marine Sanctuary. Next, continue north to New York City, where you’ll head straight up the Hudson Canal to the Erie Canal.

Head west across the Great Lakes and stop at the Thunder Bay National Marine Sanctuary while sailing Lake Huron. Finally, complete the loop by returning to Chicago.

Loopers who come from diverse backgrounds each have their own different style when sailing the loop. In terms of duration, it is usually a year-long journey. However, some can take over two years, while some can do it as fast as three months. 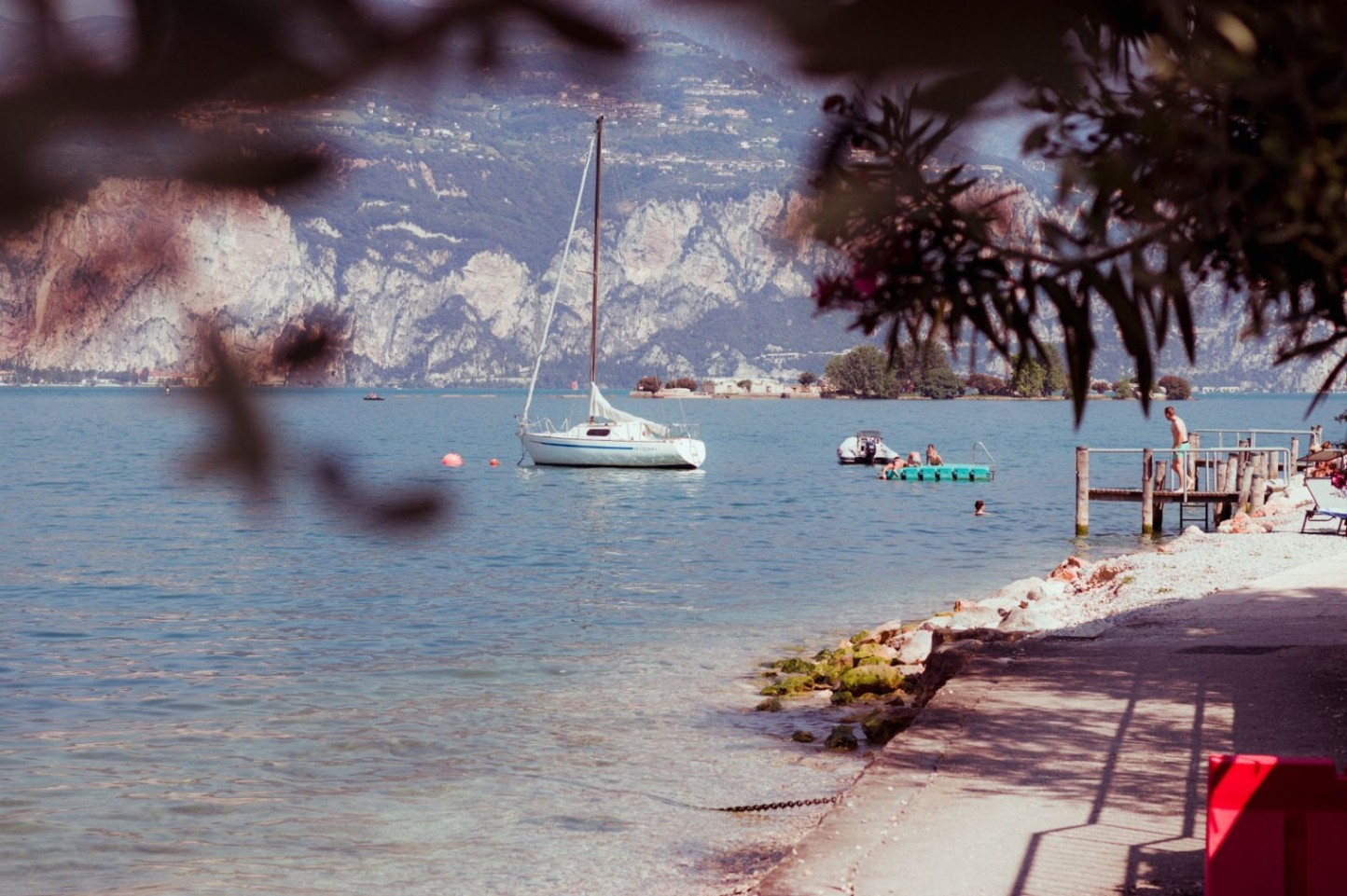 Some prefer to anchor out, while others strictly go dock-to-dock. There are some people who would like to be in proximity with amenities and establishments, while others prefer to save money by cooking their meals onboard.

Most people who sail have complete amenities and equipment aboard their vessels, especially for people who have sold their homes and have committed to life on the waters.

However, some sailors would still set foot on land from time to time for the essentials such as laundry and others.

Loopers take pride in their nomadic lifestyle, where they can live life the way they want to and move to another place once they get fed up or tired.

The places they can explore are diverse as they can range from quaint historical towns to busy bustling cities.

Their lifestyle also allows them to satisfy their cravings with unique places to eat and drink. Moreover, they can experience culture from different places and discover out-of-the-way rural islands, hidden gems, or secrets of a place.

A Close-Knit Community On Waters

Much like how one would make contact with people you’ve met on a road trip, the same goes for loopers. Once you’ve started journeying to the Great Loop, you instantly become a part of a community with a shared passion and goal. 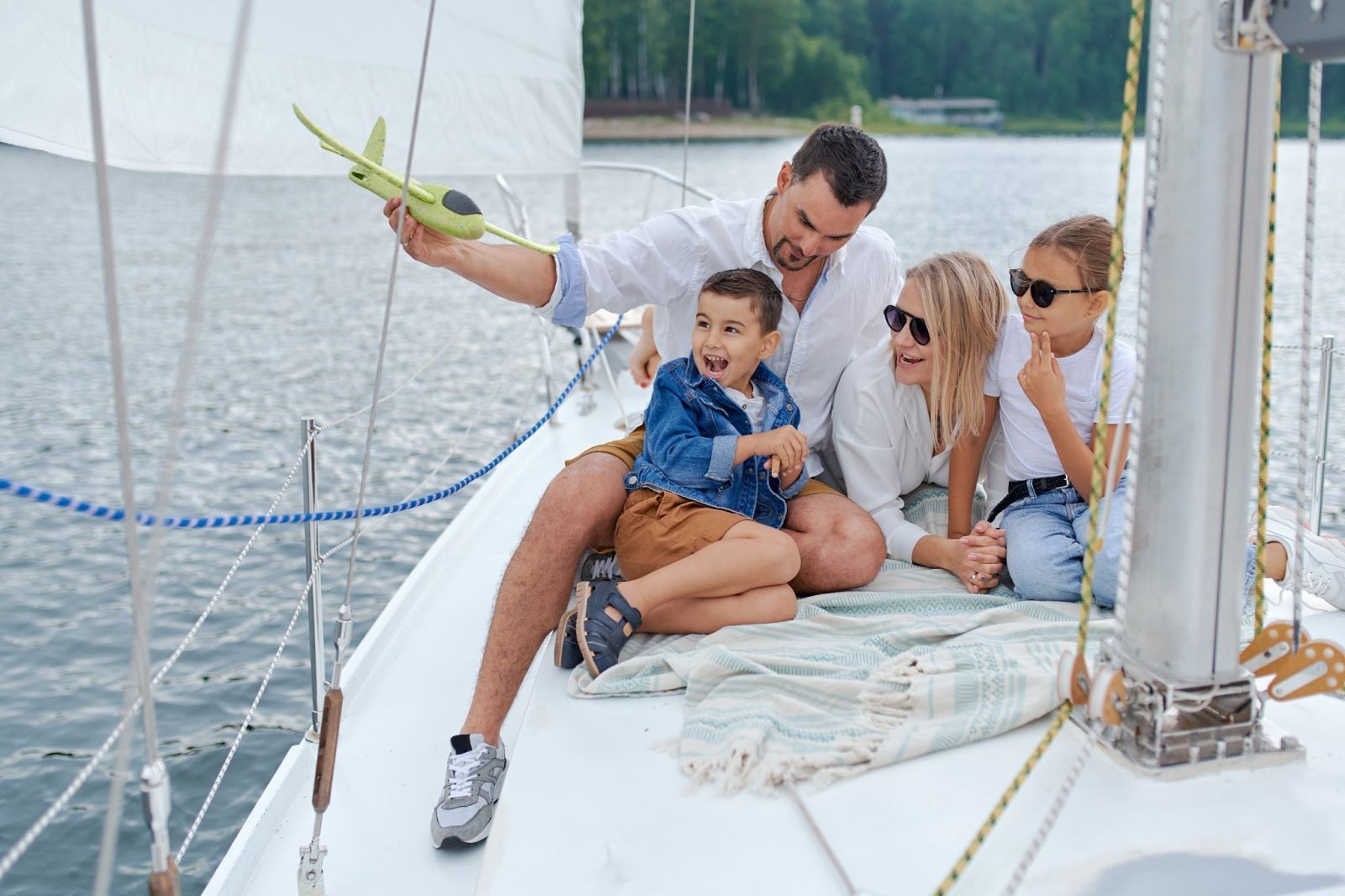 It is a common practice for loopers who stay at docks to socialize and connect with each other. The conversation is easy as there is something common to talk about, such as their experiences and the challenges they met on board.

It is not uncommon to come across loopers more than once, especially when you’re on the same route.

Some loopers who meet along the way can decide to make the loop together or agree to meet at a particular dock at a specific time.

Docktails are simply a custom or norm among loopers where the people get to know each other and spend some time exchanging stories, laughter, and even resources.

It is these small interactions that make the journey even richer and more memorable. That is why loopers, when asked about the best part of the trip, often answer “the people they met along the way.”

These loopers have a strong connection with each other, which has grown into lifelong friendships.

The Best Boat For The Great Loop

While the type of boat depends on what you can afford and how long you’ll set sail, here are some general tips when choosing the boat for your journey. 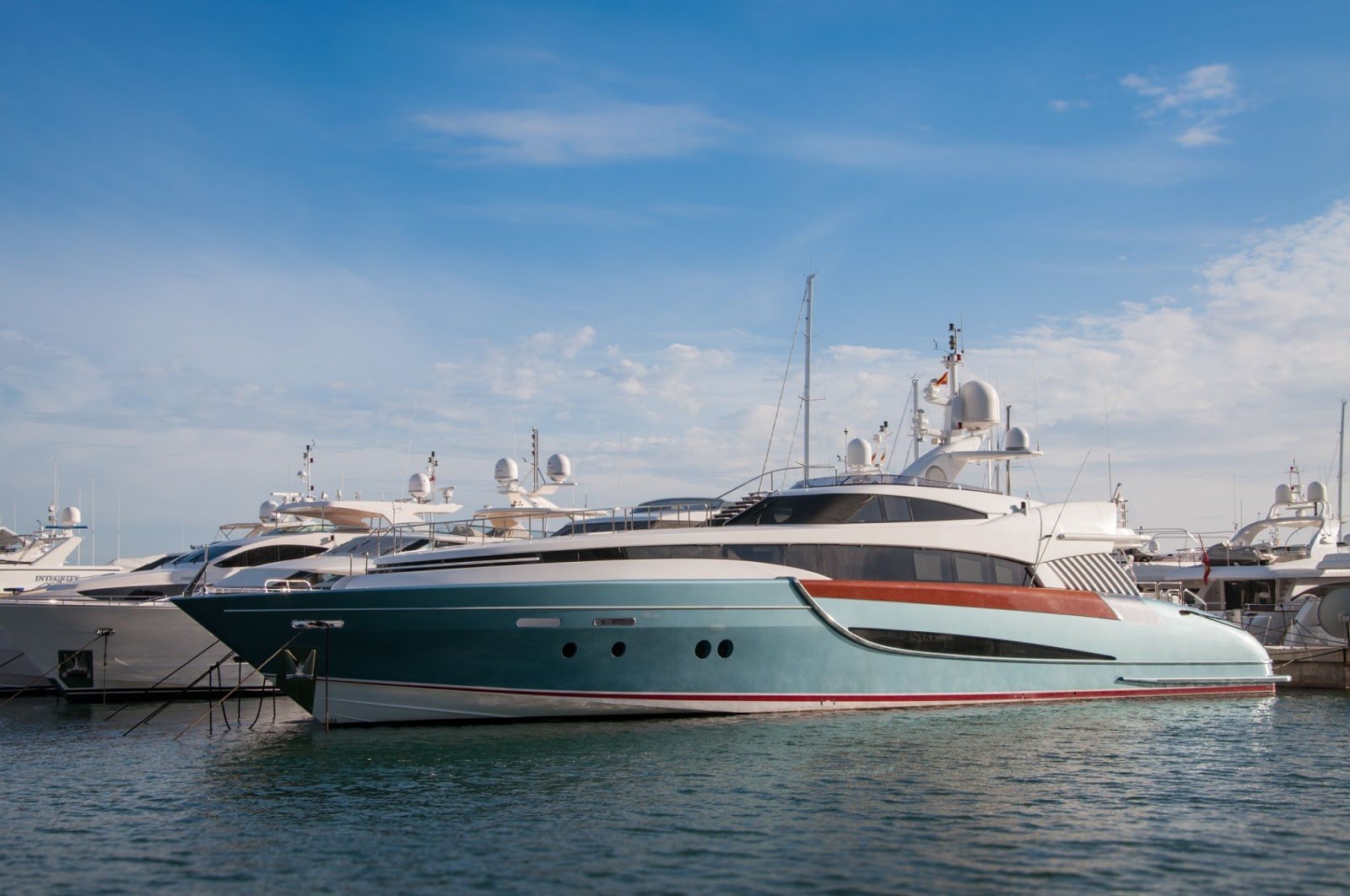 First, the boat should be small enough to not cost you much money but large enough to live on without feeling cooped up.

Second, the boat’s speed should be slow enough to allow you to enjoy the sites and be efficient with fuel. However, it should also be fast enough to complete your travel within your timeframe.

Lastly, your vessel must be sturdy and strong enough to withstand inclement weather and steer clear of dangerous vessel traffic.

Measurements are very important once you’ve set your mind on embarking on the journey.

The lowest unavoidable bridge on the Great Loop is in the Illinois River and measures 19 feet, 6 inches from the water’s surface to the lowest point of the bridge.

The distance between the surface of the water and the bottom of the hull (or the draft) should not be any more than 5 feet – anything greater than that will cause you trouble along the Atlantic Intracoastal Waterway during low tide.

Spending a year on a boat is not an easy task. It requires the right amount of planning, financial stability, and luxury of time to turn sailing into a memorable and wonderful experience. Those who are looking for a breath of fresh air should try sailing the Great Loop and awaken the daredevil in them.